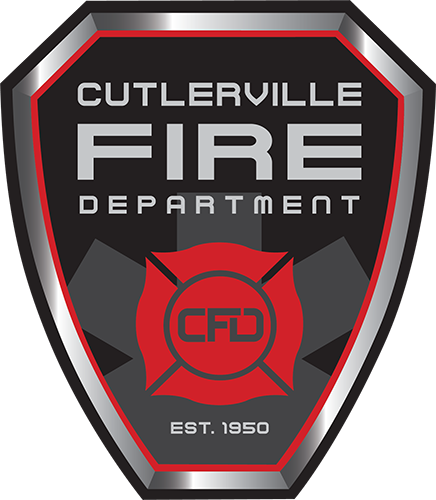 In 1951, two Cutlerville firefighters made the ultimate sacrifice serving our community. We are grateful and honored that these two individuals are recognized here in our great state of Michigan, at the Michigan Fireman’s Memorial. The Michigan Firemen’s Memorial features a wall listing the firefighters who died while protecting the communities they served.

Click the link below to see more information about the Michigan Firemen’s Memorial.

Early in the history of the Cutlerville Fire Department, a very tragic event occurred for the department and for the community as a whole – the line of duty deaths of two firefighters.

Former longtime fire chief, John Kuipers, recalled the events of that sad night when he wrote, “We do enjoy our fire department – if we didn’t, we wouldn’t be members of it. However, we have had some experiences that have been unpleasant and, in some cases, gruesome. The one that stands out in my mind happened about 1:00 AM on December 22, 1951. The weather was bad – a regular blizzard with the temperature below zero. We were called to a house fire on South Division near 100th Street. A fuel oil tank exploded, killing Don Harris outright and fatally injuring Bob Brady. Such memories sadden us and are never forgotten. There is never a winter goes by that I don’t go back in my mind to that night.”

Firefighter Donald Harris, age 34, who resided at 59 Herbert Street SW, died instantly, while Assistant Fire Chief Robert Brady, age 37, who resided at 6524 South Division Avenue, died of his injuries at St. Mary’s Hospital in the early morning hours of December 24, 1951 – the same day as Donald Harris’s funeral. Robert Brady’s funeral was held on December 26, 1951. Both men were laid to rest in Grandville Cemetery.

According to newspaper articles written about the incident, three other firefighters, Fire Chief Louis LeFebre, along with Harvey Hyma and John Kuipers, received injuries serious enough to require treatment at St. Mary’s Hospital. Several other firefighters and bystanders were showered with blazing fuel oil after the tank exploded, but thanks to heavy snow on the ground, they were able to quickly douse the flames by rolling in the snow, preventing more serious injuries.

The Cutlerville Fire Department honors the memory of our fallen brothers, Donald Harris and Robert Brady, who made the supreme sacrifice. We also honor the memory of the firefighters who were injured that night, as well as those who escaped physical injury, but had to endure the emotional scars for the rest of their lives.